New top story from Time: Here Are the 12 New Books You Should Read in January

The new year kicks off with a crop of inspiring new books, from nonfiction examinations of some of the biggest questions shaping our culture to page-turning fiction delving into stories of inner strength. Several of the most anticipated books coming out in January dissect what it means to be part of a family. In Meng Jin’s debut Little Gods, a young woman grieves her mother and travels abroad in the hopes of learning more about her roots. In her memoir The Magical Language of Others, E.J. Koh revisits letters her mother sent her during years spent apart. And in Liz Moore’s Long Bright River, a police officer attempts to find her estranged sister who has gone missing in the midst of a murder spree. Here, the 12 new books you should read this January.

By examining her own midlife crisis, memoirist Ada Calhoun asks why she, like other Generation X women she knows, is overwhelmed and exhausted in her middle age. Through researching trends like divorce data and housing costs, she argues that Gen X women encounter unique anxieties (many of which are related to money) that set them apart from Boomers and Millennials. In Why We Can’t Sleep, Calhoun presents these problems and picks them apart in the hopes of supporting and empowering Gen X and future generations of women.

Buy Now: Why We Can’t Sleep 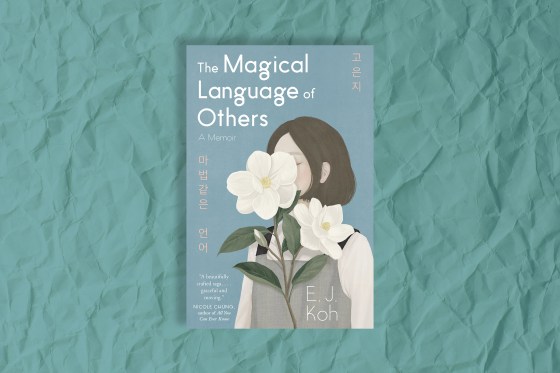 When poet E.J. Koh was 15 years old, her family split apart after her father received a compelling job offer in South Korea. Koh was left behind in California with her older brother while her parents moved thousands of miles away in what was supposed to be a temporary arrangement. Koh’s mother sent her letters, written primarily in Korean, detailing her decision to leave, but Koh couldn’t fully understand the language at the time. Years later, she breaks down those letters, unraveling a moving portrait of abandonment, forgiveness and the strength of maternal love.

Buy Now: The Magical Language of Others

A slew of mysterious murders of women in a Philadelphia neighborhood already devastated by the opioid crisis leaves police officer Mickey Fitzpatrick on edge. She hasn’t seen her estranged sister Kacey—an addict who had been living on the streets—for quite some time. Both a propulsive thriller and a poignant family saga, Long Bright River follows Mickey’s dangerous journey as she attempts to find Kacey before she becomes the killer’s next victim.

In her 2016 bestseller Girls & Sex, journalist Peggy Orenstein analyzed the impact of pornography, hookup culture, social media and more on young women’s sexuality in the U.S. Now, she’s turning her attention to the male experience in her new book, which investigates how the current cultural moment is redefining intimacy for all young people. In Boys & Sex, Orenstein interviews academics, psychologists and young men to unearth boys’ perceptions of “locker room” talk, sexual violence and consent.

When readers meet the unnamed narrator of Miranda Popkey’s debut novel, she’s a 21-year-old college graduate working as the nanny of her friend’s younger brothers in Italy. It’s 2000 and the protagonist is navigating a breakup, the details of which she shares one night with her friend’s mother. That conversation sets in motion a series of discussions on longing, lust and power. Topics of Conversation moves forward in time, finding the narrator reflecting on many parts of life—motherhood, marriage and more—as she speaks to a variety of women in the years that follow.

Fans of the late, celebrated author and filmmaker Zora Neale Hurston are in for a treat with a new collection of stories, eight of which they likely haven’t seen before. Those “lost” tales—works that previously existed only in archives and periodicals—are finally being released for a larger audience. They have been selected alongside several of Hurston’s other stories in Hitting a Straight Lick with a Crooked Stick, a collection that showcases the talents of the writer who brought us Their Eyes Were Watching God.

Buy Now: Hitting a Straight Lick with a Crooked Stick

After the death of her physicist mother, a young Chinese-American woman is determined to learn more about her parents. She travels to China in the hopes of uncovering her mother’s past and finding her father, a man she never knew. Though it initially sounds like a quest narrative, Little Gods proves to be much more as it wrestles with grief, immigration and the durability of memory, especially as new characters emerge and point to a bigger mystery surrounding the protagonist’s mother.

In a rural Indian village, a surgeon is ready to leave work and go home for the night when a family appears at his clinic. They have recently been murdered, but explain to the surgeon that if he can fix their injuries before sunrise, they will live again. In the second book from Vikram Paralkar, a physician and medical school professor, the surgeon isn’t fully prepared for the task: he has only one assistant and very limited supplies. Night Theater captures what happens that night as the surreal premise gives way to a broader discussion of health care, mortality and the afterlife.

In one of the most anticipated novels of the season, Lydia Quxiano Pérez leads a normal life: she runs a bookstore in the Mexican city of Acapulco, is the mother of a young son and is married to a journalist. One day, a man she does not know appears at her store and buys some books—a simple act that leads to catastrophic consequences. The stranger turns out to be the leader of a local drug cartel, and Lydia’s husband decides to write about him. As violence envelops Lydia’s community, she has no choice but to leave, and embarks on a dangerous journey with her son to the United States.

The affecting and darkly funny stories in Irish author Nicole Flattery’s debut collection position women in worlds that are familiar but stranger than our own. One story focuses on an eccentric parking garage attendant and her relationship with her work space. Another explores the dating life of a divorced teacher in the midst of an apocalypse. Posing biting questions about identity, sexuality and trauma, Show Them a Good Time is an offbeat yet moving look at contemporary womanhood.

Award-winning author Paul Yoon’s latest novel follows the lives of three orphans from war-torn Laos over several decades. Run Me to Earth begins in the 1960s, when the orphans are teenagers living in a bombed-out hospital. There, they team up with a doctor to distribute supplies and help the injured in the midst of the devastation and destruction. But things complicate as the Vietnam War drags on, leaving the characters to grapple with their understandings of loss, safety and survival.

Buy Now: Run Me to Earth

The latest novel from the author of How to Live Safely in a Science Fictional Universe is centered around a young man with big dreams. Protagonist Willis Wu wants to become a star, starting by graduating from acting roles like “Generic Asian Man” to those like “Kung Fu Guy.” Through an inventive structure—the book is split into seven parts—writer Charles Yu gives voice to the impact of racial stereotypes and crafts a sensitive narrative on immigration and otherness.